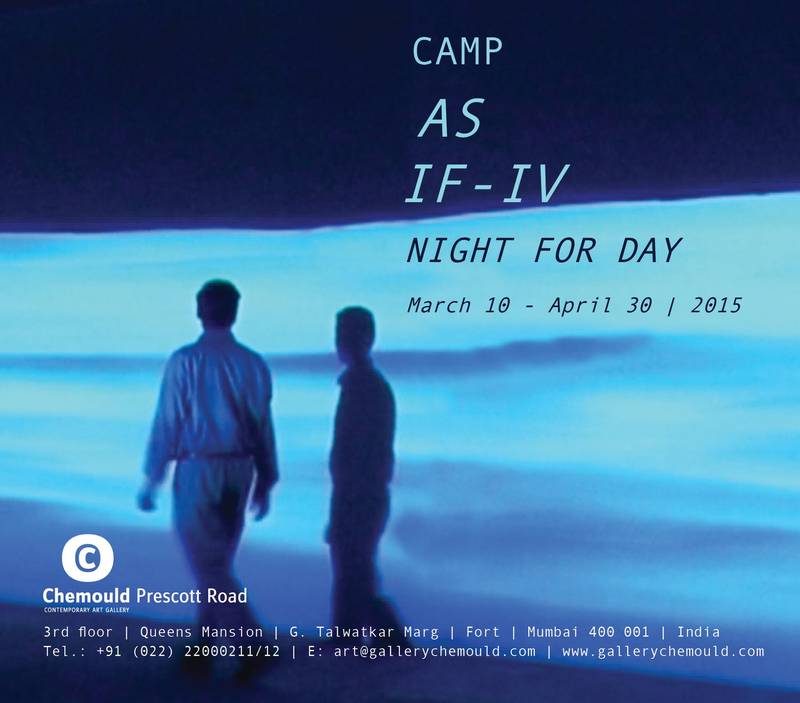 As If All The Parts Were Slowly Changing

6:30 pm, Chemould Prescott Road
CAMP talks about the mutual development of ideas, collaborations and "encounter strategies" in As If (I- V), their series of ongoing exhibitions across Kolkata, Delhi and Mumbai. The talk is followed by a walk through of As If - IV  Night for Day at Chemould Prescott Road. As If is expanded upon as the title and framing device of these series of shows.
“In expressions like Kelucharan as Radha, TV as a Fireplace or Seeing it as a Rabbit, we see the key role of the small word as. This as carries mimesis, metaphor, selection, or adaptation – so many of the classic powers of art.  As If is riskier, more tensile. It reaches for things that have receded from the senses, or that are 'so close, yet so far'. Or that can be thought of and said, but not easily done. As If suggests semblance, structures and desires stretched in both directions: more unlikely, more utopian, but also more concrete, more realised. As If builds a two-way bridge between imagination and intimacy.” – CAMP

Gallery: As If All The Parts Were Slowly Changing