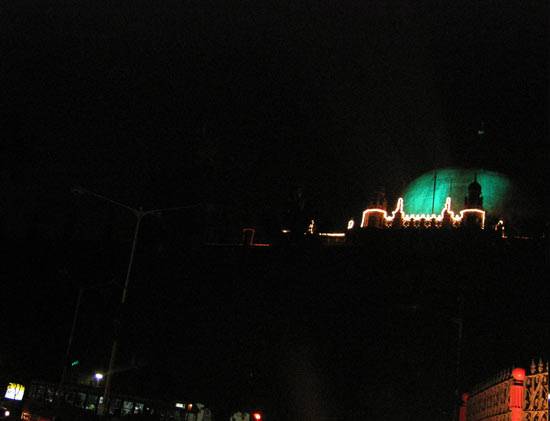 CHEMOULD PRESCOTT ROAD, Mumbai
March 9 - April 30  2015
Choreographed together, electric, sonic, filmic and other uncategorisable works from 2002 to 2014 that took place in the nighttime worlds of Bombay, Delhi, Bangalore, Sharjah, Dakar, Kabul, Mexico and other cities.
'Day for Night' in film is when scenes shown as night are actually shot in the day. The reverse idea promotes night as the imaginative, cinematic and subterranean aspect that undergrids daytime. And troubles the ‘everyday’ by distributing its energies differently.

Gallery: As If - IV Night for Day