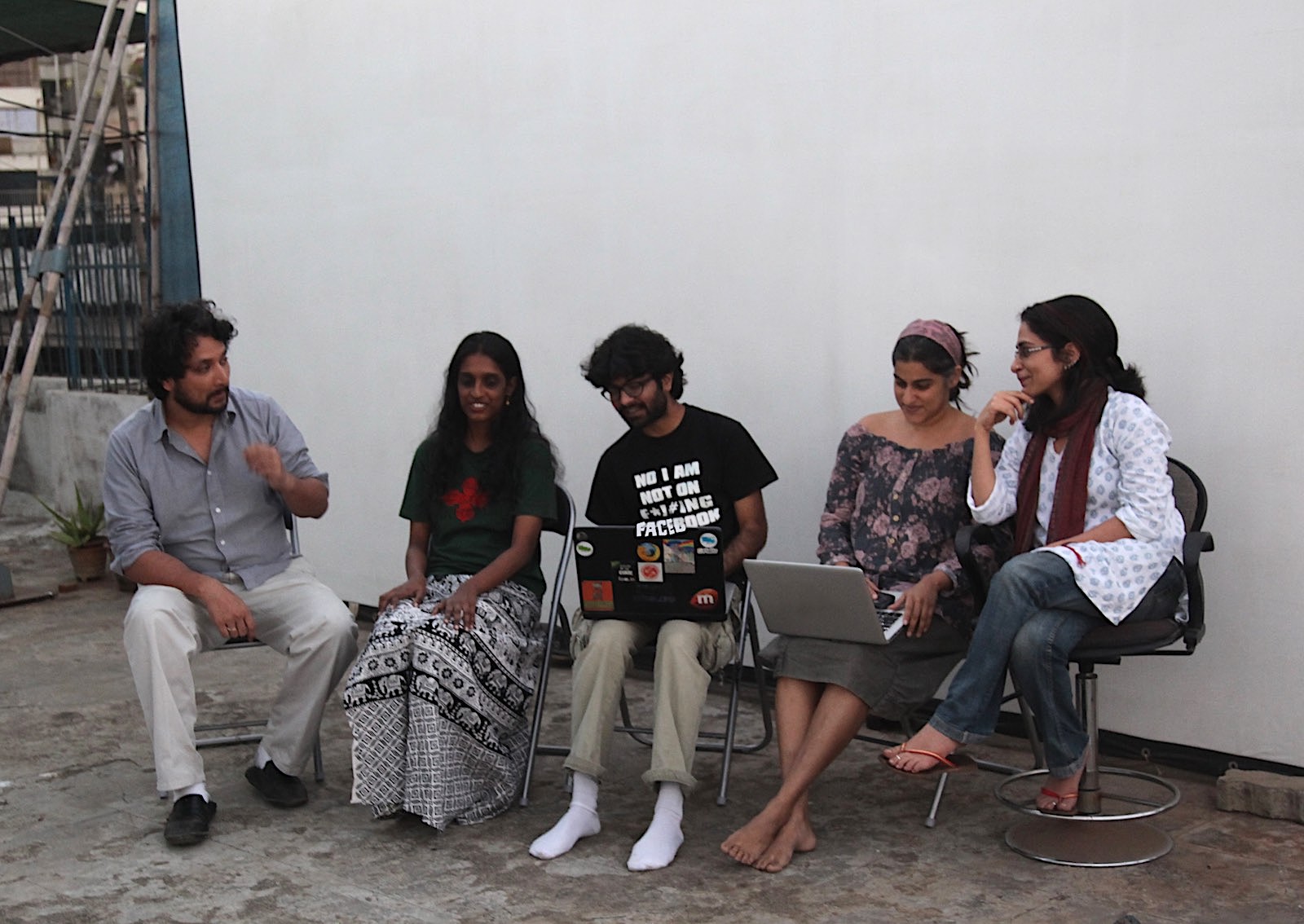 CAMP is a collaborative studio founded in Bombay in 2007. It has been producing fundamental new work in film and video, electronic media, and public art forms, in a practice characterised by a hand-dirtying, non-alienated relation to technology. CAMP's projects have entered many modern social and technical assemblies: Energy, communication, transport and surveillance systems, ports, ships, archives – things much larger than itself. These are shown as unstable, leaky, and contestable "technology", in the ultimate sense of not having a fixed-function or destiny, making them both a medium and stage for artistic activity.

CAMP are interested in ecology-shifting interventions and experiments in technologies of our time, which are now embedded in different worldly forms. As a group of five people, with many long-term collaborators, our practice produces artworks (in a more or less traditional sense), but also long duration and often large scale ongoing experiments. We could link to three related areas of practice: artworks, projects and events, which are not separated in reality but are rather a navigational method, like in our website:

Artworks are usually films, installations and other forms that were shown in art or public art contexts, You can find a number of them here, with usually a lot of images, some links to reviews and related material. Major Works

Projects are usually long-duration, often collaborative endeavours. They may generate multiple artworks or may be seen as an artwork in itself. These are often collaborative and wish to expand the scope of artistic ideas and go beyond authorship. A list is here: Projects.

Events are things we organise or participate in, a full list is here. They have often involved our studio space being opened to the public.