CAMP in collaboration with Clark House Initiative /Shunya Collective present a contemporary map of these seas, based on CAMP’s 5-year project with Gujarati sailors in the Western Indian Ocean, from Kuwait to Mombasa.

In a remarkable Gujarati chart of the Gulf of Aden dated around 1810, we see a drawing of parallel Arabian and Somali coasts, heavily travelled by Gujarati sailors since the 17th century. The coasts in this map are crafted and detailed, and create the impression of a world populated on its edges by different civilisations, bordering and channelling the faraway movements of sailors and traders from India.

CAMP in collaboration with Clark House Initiative present a contemporary map of these seas, based on CAMP’s 5-year project with Gujarati sailors in the Western Indian Ocean, from Kuwait to Mombasa. This is an unusual sort of map that brings the coasts of India, Africa, Iran and the Arab states in dialogue with each other. Inspired by the chart from 1810 mentioned above, the coastlines now come closer together and evoke the cultural proximities and divides produced by these seas, so important to the city of Mumbai which also features prominently at one of its edges.

The map is 22 feet by 5 feet high, and is designed to fit into the central room of the Kamalnayan Bajaj galleries in the Museum and is produced using Using single exposure solar cyanotype print. More than 100 cities and small ports from Khor al Zubair/ Basra to the Mozambique corridor from north-south, and from Mumbai to Berbera east-west, are marked on the map. But the shape of the map disorients an easy reading of this territory as the usual physical geography. It provokes an image of the sea as its own “country”, with frontier towns at its edges. The work establishes the materiality of the sea that we (some of us) see out of our windows in Mumbai, but whose other faraway edges we have lost awareness of. It brings these edges back into geological and cultural play, as if the pre- historic “breakaway” of the Indian landmass from Africa in what has been called Gondwanaland, was never a complete success.

It forms the centre-piece or title work of CAMP's AS IF-III solo, which is also named Country of the Sea. 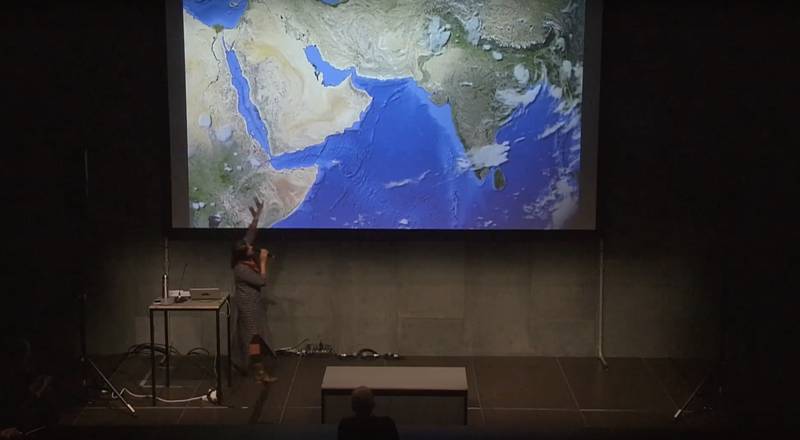 Unpacking "Country of the Sea"

A non-imperial view from the 'Other Boat', counter to images of the 'distressed seas'. With a presentation and screening of From Gulf to Gulf to Gulf at Transmediale 2018. 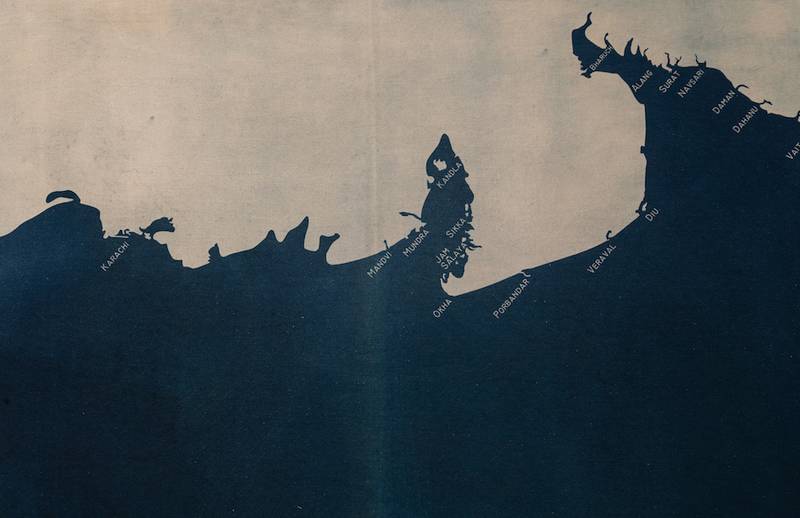